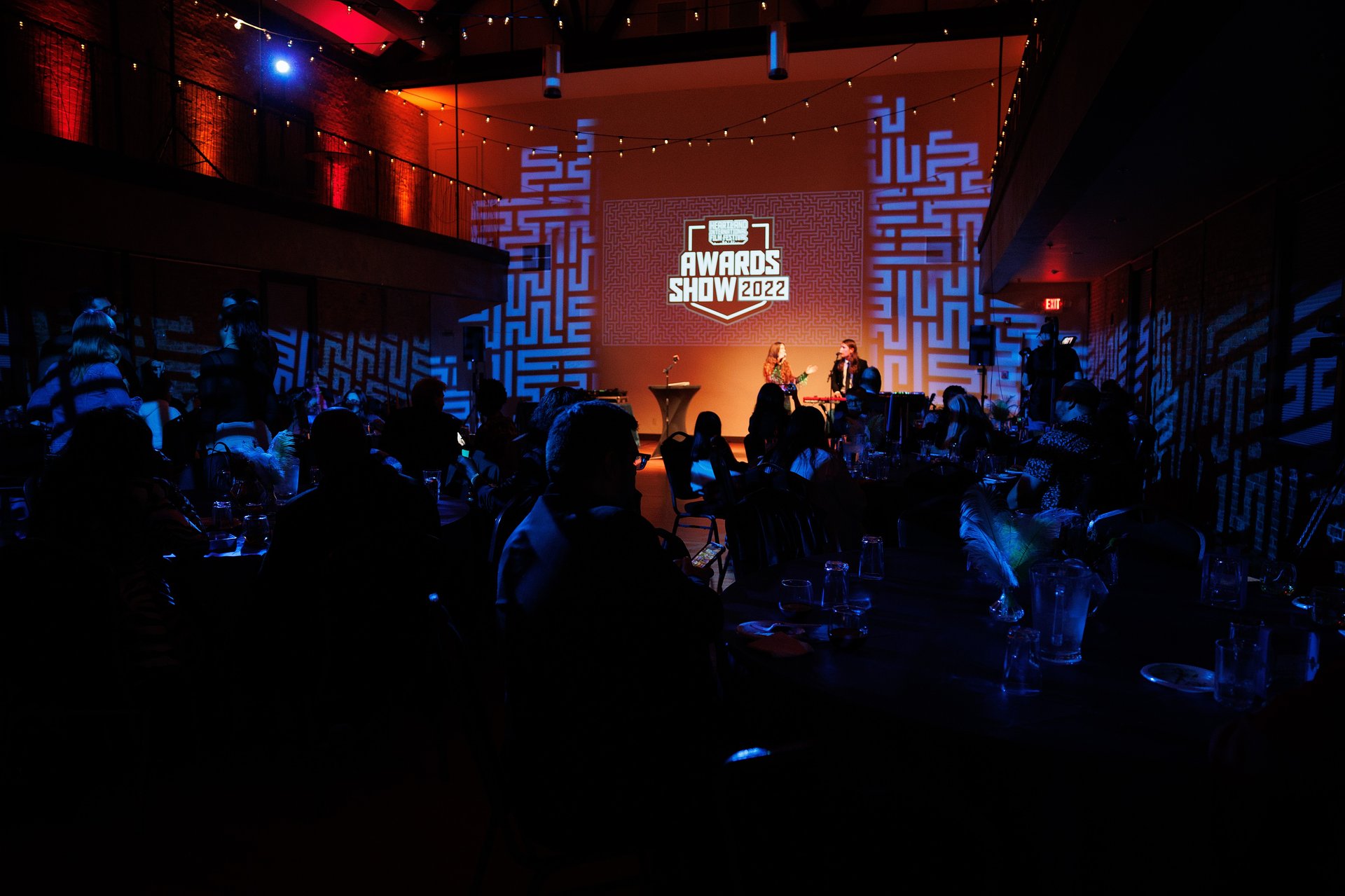 Media Contact: Jessica Chapmanjchapman@heartlandfilm.org | 317.750.3902
*Please note: This press release can be downloaded as a PDF or a Word Document. Download option buttons are available at the end.
(OCTOBER 17, 2022) INDIANAPOLIS – The 31st Heartland International Film Festival (HIFF) announced the 2022 award winners and presented more than $60,000 in cash prizes to recipients at the Awards Presentation at Historic St. Joseph Hall on Saturday, October 15. The 11-day festival concluded on Sunday, October 16, with a sold-out screening of Darren Aronofsky's "The Whale" from A24 starring Brendan Fraser and Sadie Sink.
Throughout the festival, attendees were invited to get lost in 120 films, discover 14 U.S. & World Premieres and meet 150+ attending filmmakers. The 31st edition of the festival hosted 259 in-person screenings/events and virtually streamed 263,000+ minutes of films at home.
"This year, we saw our filmmakers and attendees fully embrace the in-person festival experience again," said Heartland Film President Michael Ault. "It has been an honor to showcase and celebrate these incredible independent films together in a theater, and I congratulate our winning filmmakers on their thoughtful and engaging films that resonated with our juries and audience."

All three major cash prizes were awarded to women directors who were present at the Awards Presentation on Saturday, October 15 to accept their awards. The top prize winners included “Hidden Letters” from Director Violet Du Feng and Co-Director Qing Zhao ($20,000 Documentary Feature Grand Prize), “Our Father, the Devil” from Director Ellie Foumbi ($20,000 Narrative Feature Grand Prize), and “Wildcat” from Directors Melissa Lesh and Trevor Frost ($5,000 Jimmy Stewart Legacy Award). In partnership with the Stewart Family, HIFF is the only festival in the world to have an award in honor of beloved actor Jimmy Stewart with a cash prize underwritten by the Stewart Family. The Jimmy Stewart Legacy Award and $5,000 cash prize is awarded to one film in the HIFF lineup that best demonstrates the triumph of the human spirit through determination and the defiance of odds, humble vulnerability, and courage in the face of adversity. 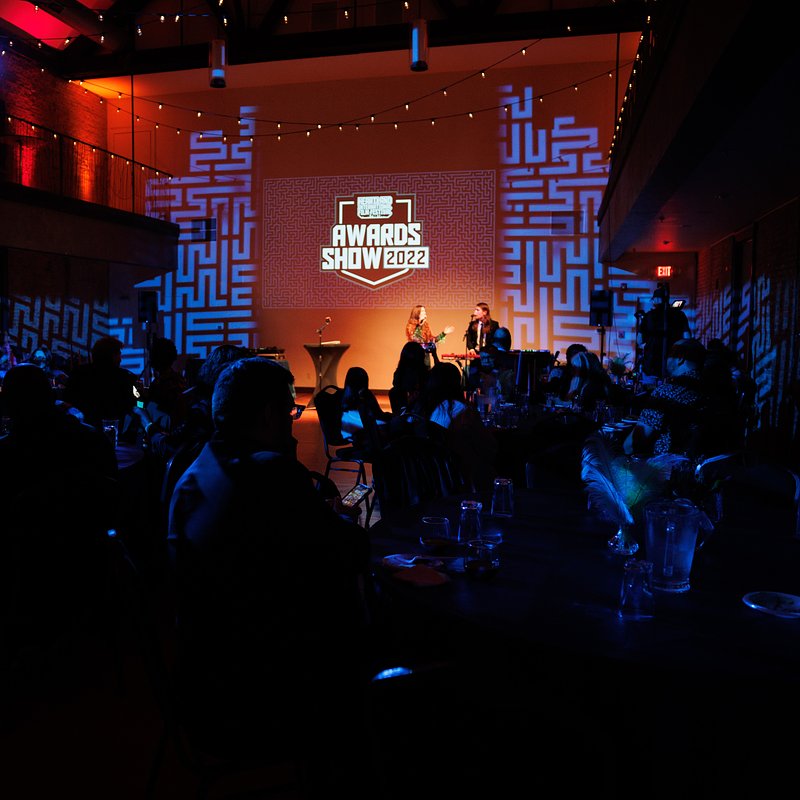 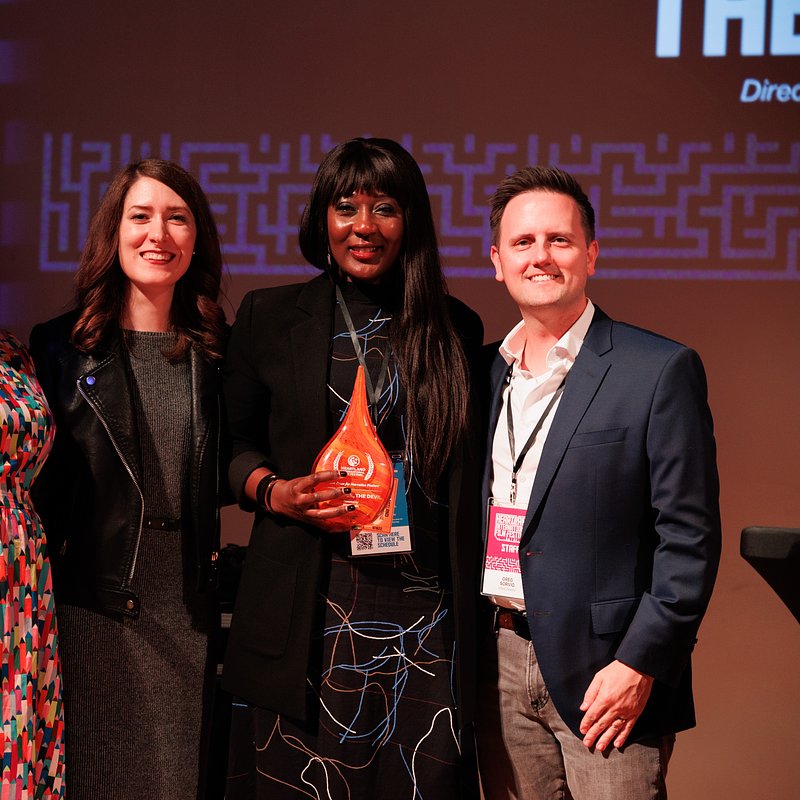 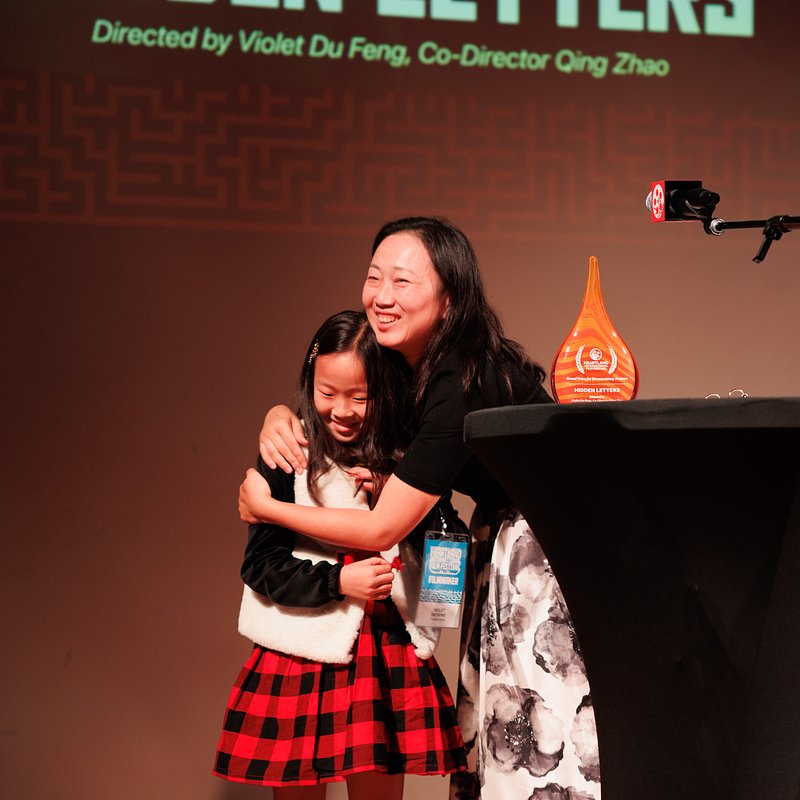 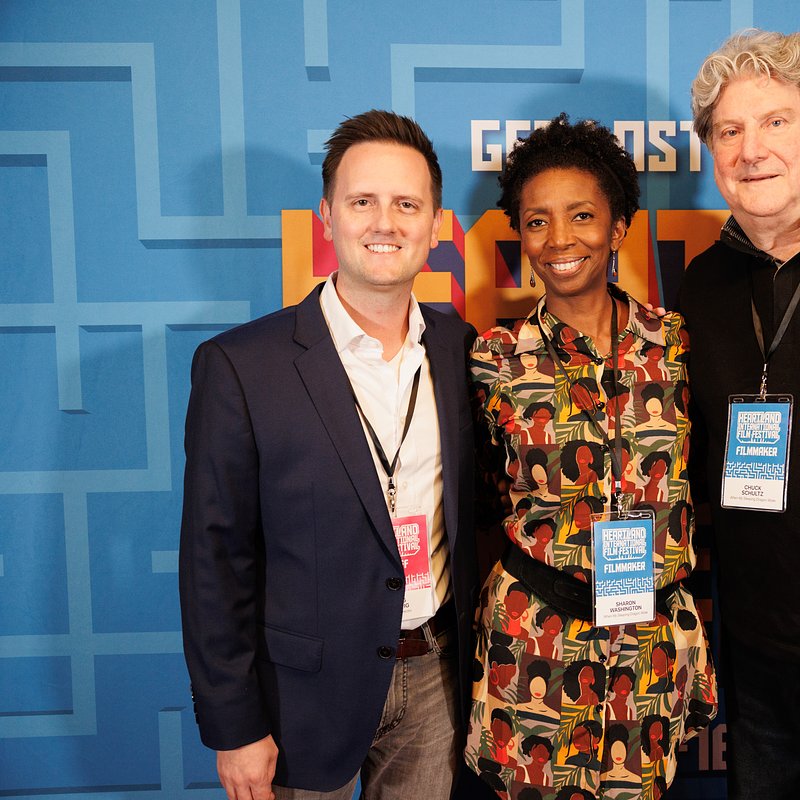 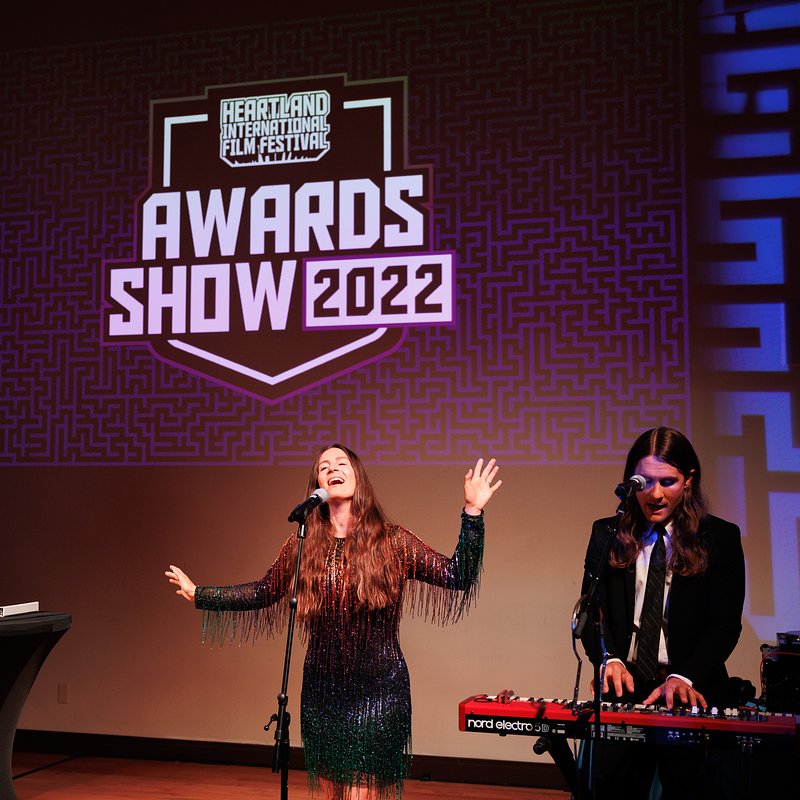 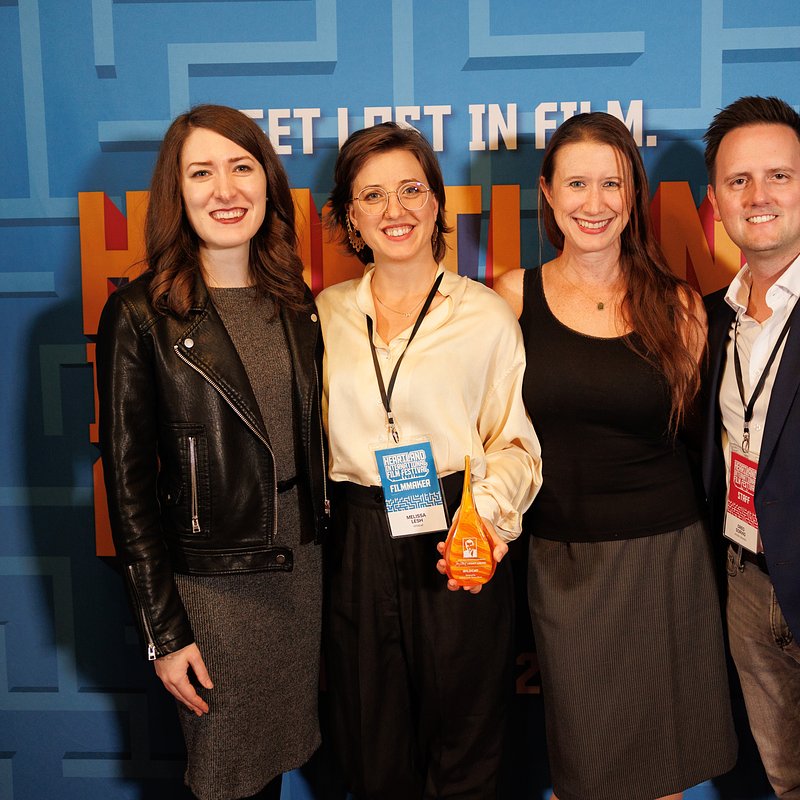 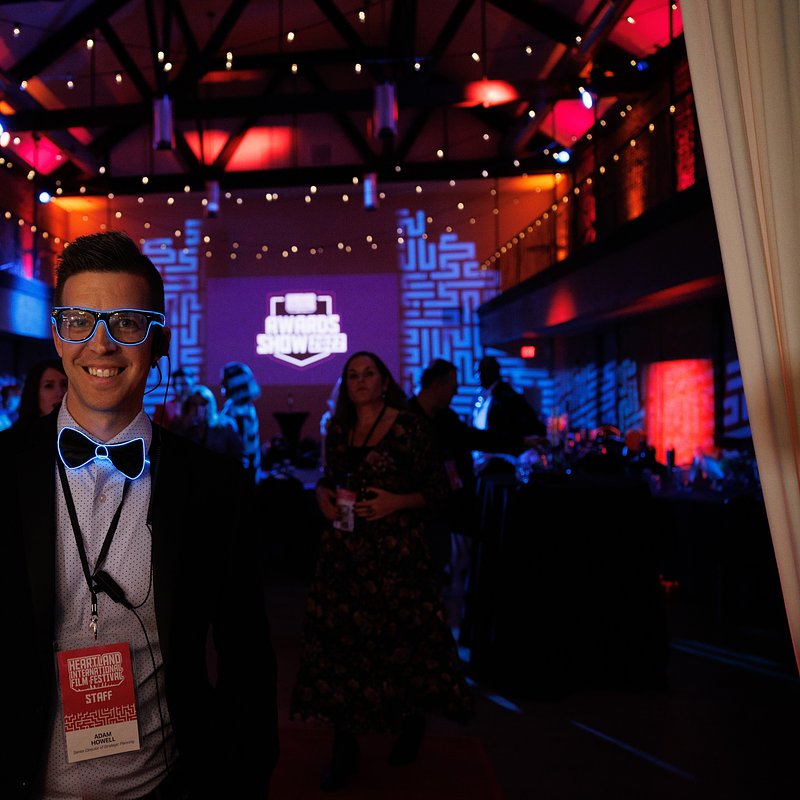 The Indiana Film Journalists Association (IFJA) presented "Women Talking," Directed by Sarah Polley (USA) with the IFJA Special Presentation Award and "Pinball: The Man Who Saved the Game," Directed by Austin Bragg and Meredith Bragg (USA) with the IFJA Directorial Debut Award. "Pinball" resonated with audiences and critics, winning both the Overall Audience Choice Award in addition to the Indiana Film Journalists Association Directorial Debut Award.
"Butterfly in the Sky" like "Pinball: The Man Who Saved the Game" received two awards at HIFF. Directed by Bradford Thomason and Brett Whitcomb, the documentary about "Reading Rainbow" took home the Richard D. Propes Documentary Social Impact Award ($2,000 Cash Prize) and the Documentary Audience Choice Award Winner.
All of the 2022 Heartland International Film Festival Award Winners can be found below. Photos from the festival and awards presentation can be viewed and downloaded in high resolution here.
The 32nd Heartland International Film Festival is scheduled for October 5-15, 2023. More information on the festival and presenting organization can be found at HeartlandFilm.org. 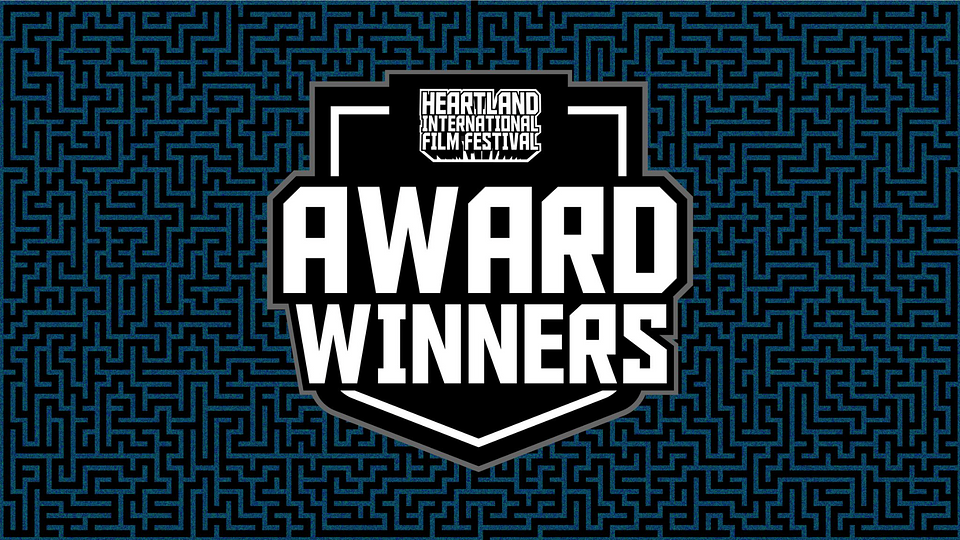 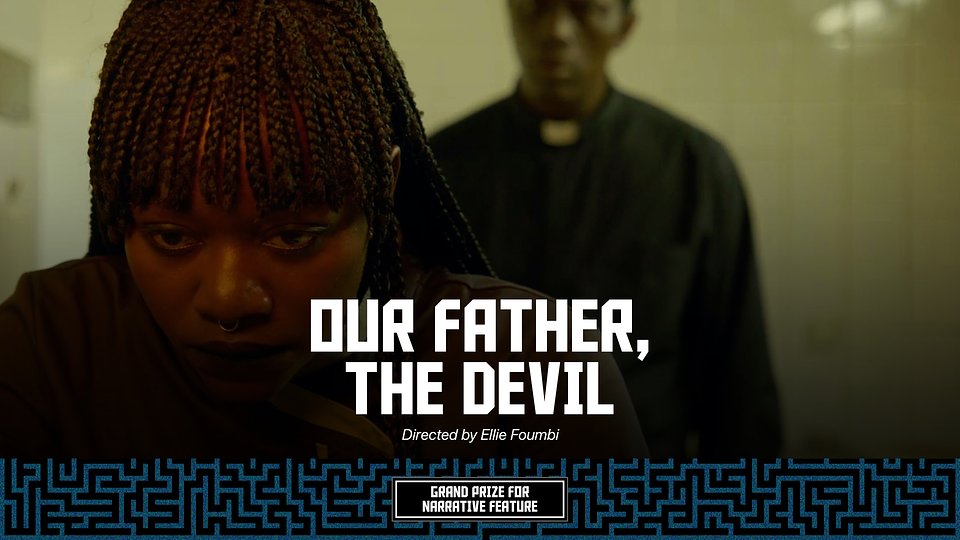 "Our Father, the Devil," Directed by Ellie Foumbi (USA)
Marie Cissé works as the head chef at a retirement home in small-town France. Her day-to-day life spent caring for residents and teasing a potential new romance is disrupted by the arrival of Father Patrick, an African priest whom she recognizes from a terrifying episode in her homeland. As he further endears himself to the residents and staff, Marie is forced to decide how best to deal with this reminder of her troubled past. 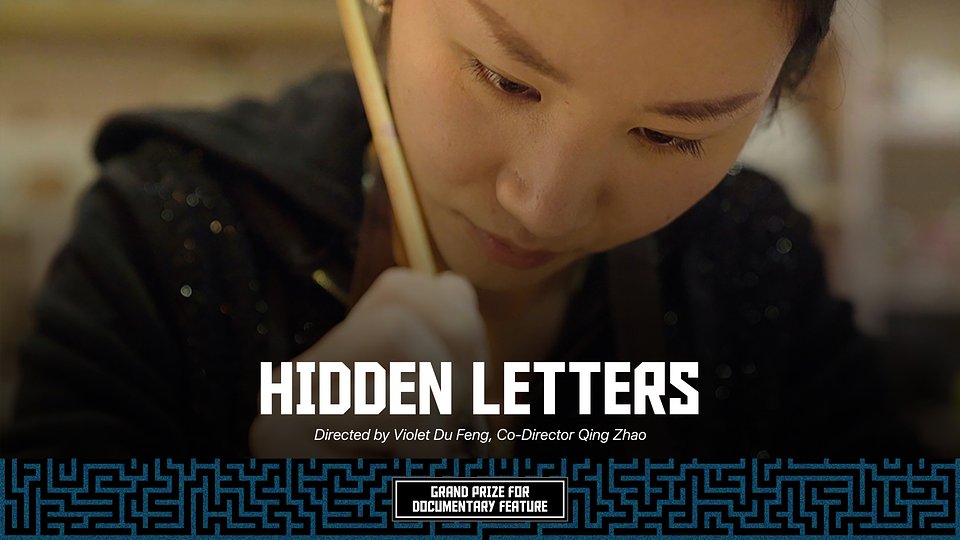 "Hidden Letters," Directed by Violet Feng, Co-Director Zhao Qing (China, USA, Norway)
Hidden Letters tells the story of two Chinese women trying to balance their lives as independent women in modern China while confronting the traditional identity that defines but also oppresses them. Connected through their love for Nushu—a centuries-old secret text shared amongst women—each of them transforms through a pivotal period of their lives and takes a step closer to becoming the individuals they know they can be. 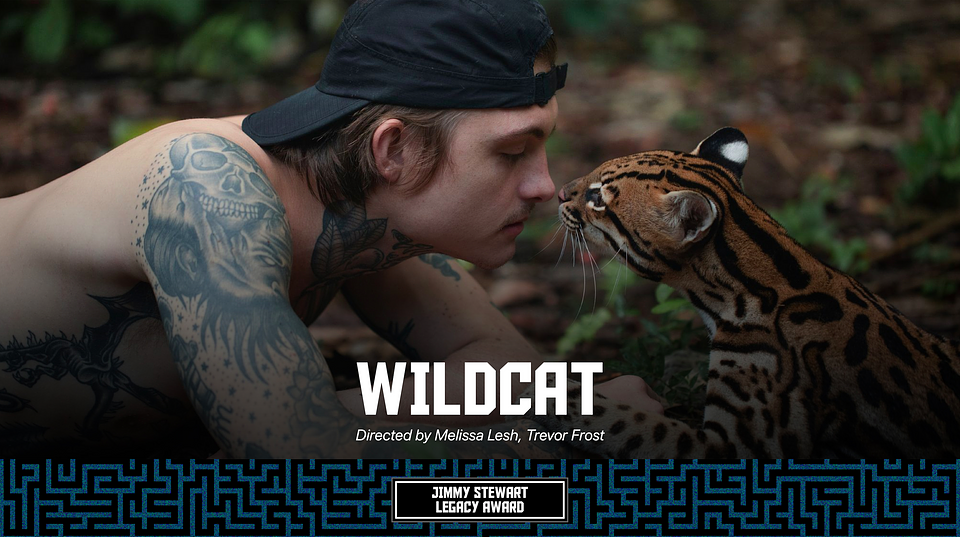 "Wildcat," by Directors Melissa Lesh and Trevor Frost (USA, Peru)
Back from war in Afghanistan, a young British soldier struggling with depression and PTSD finds a second chance in the Amazon rainforest when he meets an American scientist, and together they foster an orphaned baby ocelot. Special presentation of Amazon Studios. 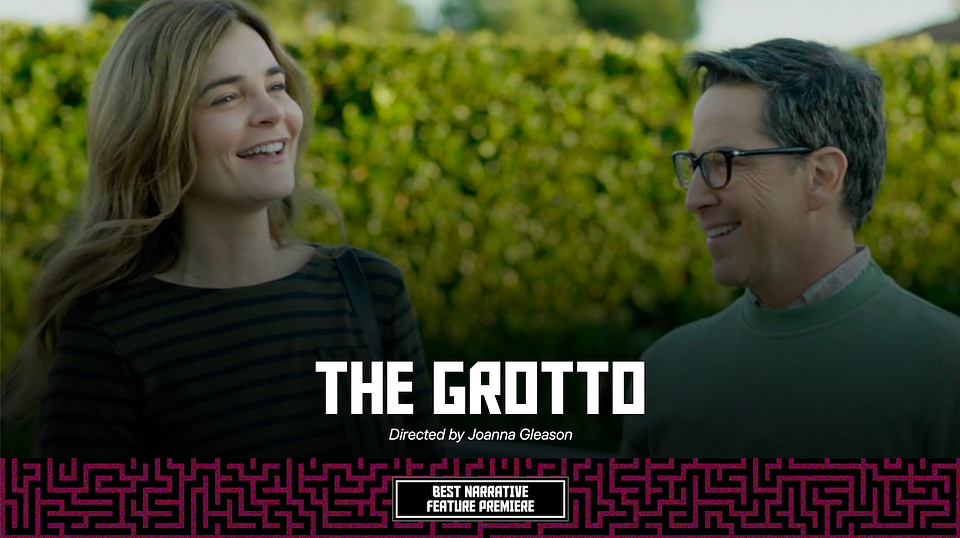 "The Grotto," Directed by Joanna Gleason (USA) World Premiere
When her fiancé dies unexpectedly, Alice Kendall inherits half ownership of The Grotto, a struggling desert nightclub where she discovers eccentric performers and a heartbreaking secret. As Christmas approaches, Alice is on the brink of a leap of faith as forces both seen and unseen beckon her toward her future. 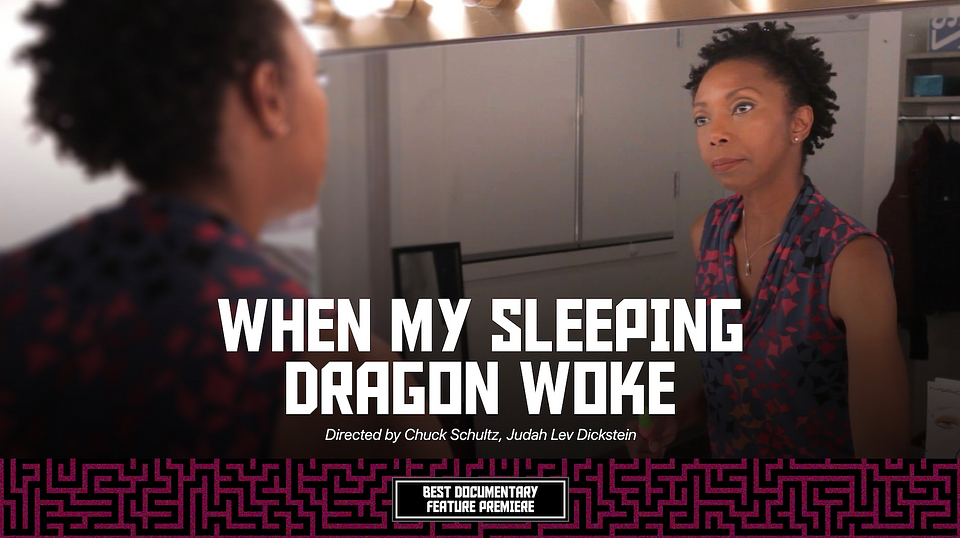 "When My Sleeping Dragon Woke," Directed by Chuck Schultz and Judah Lev Dickstein (USA) World Premiere
A little girl lives in a custodian apartment inside a New York Public Library, where her father stokes its coal furnace 24/7. Decades later, the actor Sharon Washington chooses the theater to write her modern-day fairytale filled with real and imagined dragons, family secrets, forgiveness, and a world of books. 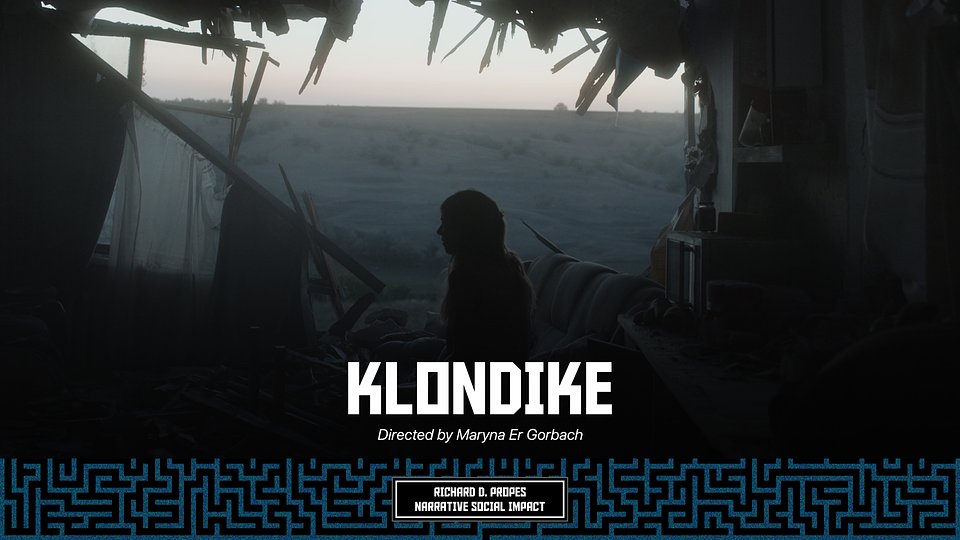 "Klondike," Directed by Maryna Er Gorbach (Ukraine)
July 2014. The story of an Ukrainian family living on the border of Ukraine and Russia that finds themselves at the center of an international air crash catastrophe. Sundance Film Festival: Directing Award Winner, World Dramatic Competition. 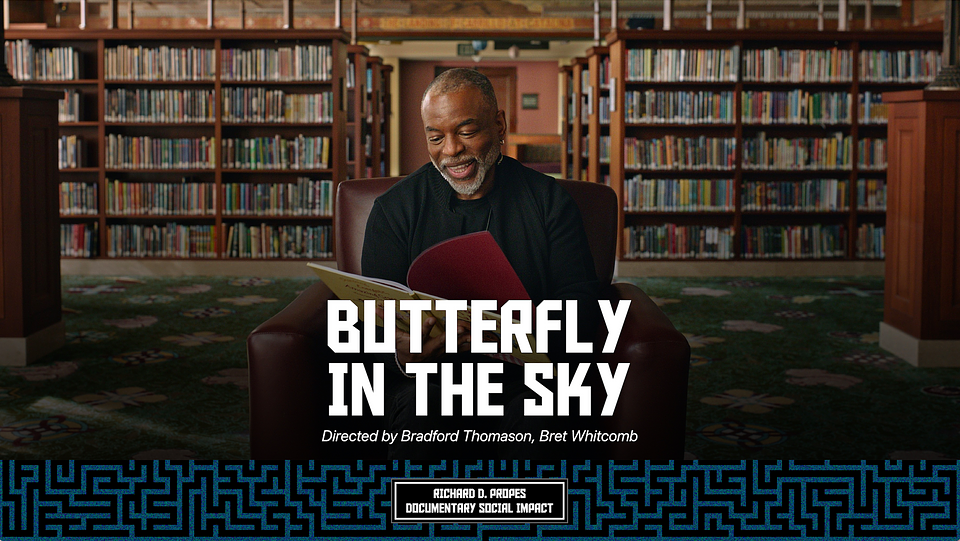 "Butterfly in the Sky," Directed by Bradford Thomason and Brett Whitcomb (USA)
Butterfly in the Sky tells the story of the beloved PBS children's series Reading Rainbow, its iconic host LeVar Burton, and the challenges its creators faced in cultivating a love of reading through television. 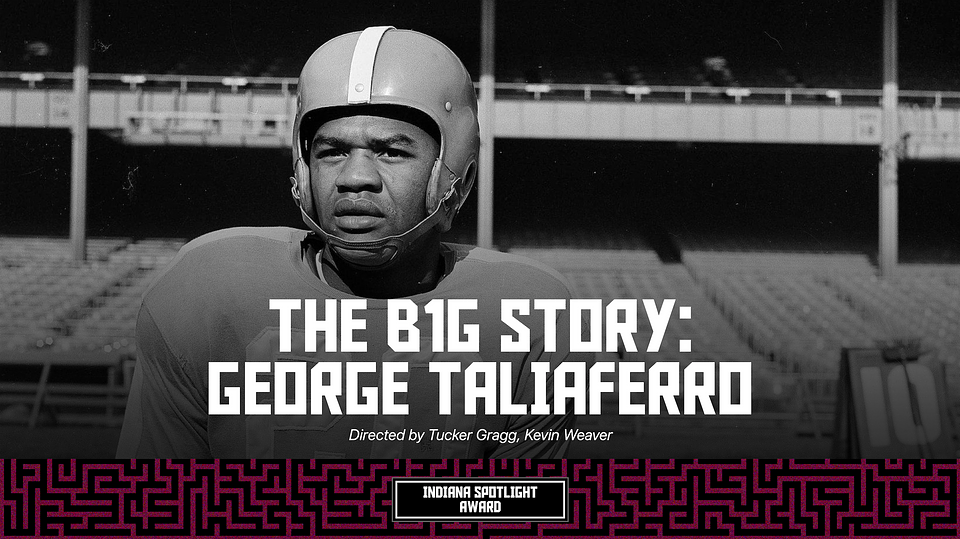 "The B1G Story: George Taliaferro," Directed by Tucker Gragg and Kevin Weaver (USA)
"The B1G Story: George Taliaferro" documents the life of football legend George Taliaferro, a pioneer whose sacrifices opened doors for generations of Black football players. The son of a steel worker in Gary, Indiana, George (1927-2018) earned regional recognition as a football prodigy for his ability to play seven positions with outrageous athleticism. But when George left the safety of his home community in 1945 to begin his college football career, he found himself unable to live in the dorms or eat in local restaurants. You know Jackie Robinson's name. Jesse Owens' too. See the film that adds George Taliaferro to the pantheon of athletes that broke racial barriers and influenced generations. 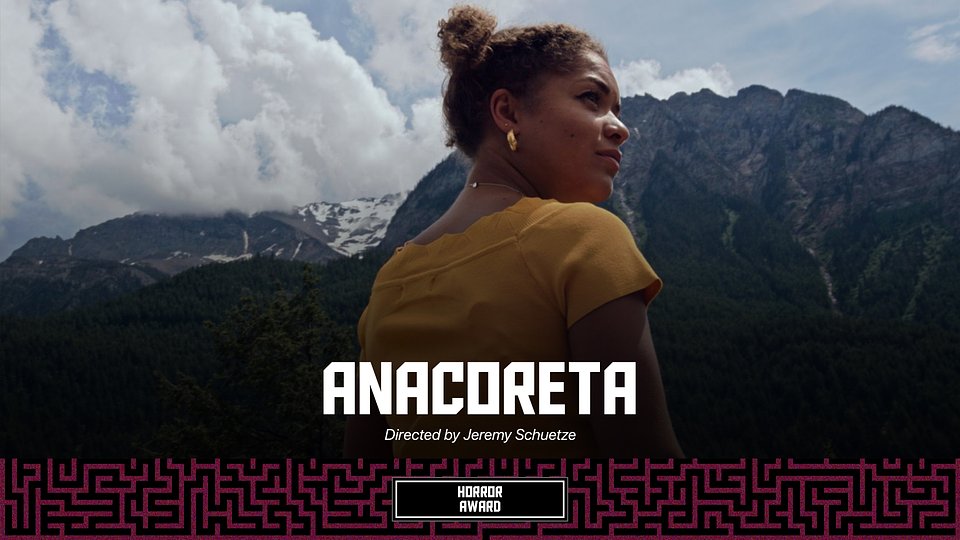 "Anacoreta," Directed by Jeremy Schuetze (Canada) World Premiere
An actress heads on a mountain trip with her boyfriend to meet his friends for the first time. As they head out it becomes clear that he is filming his latest project, and he has more planned than they realize. 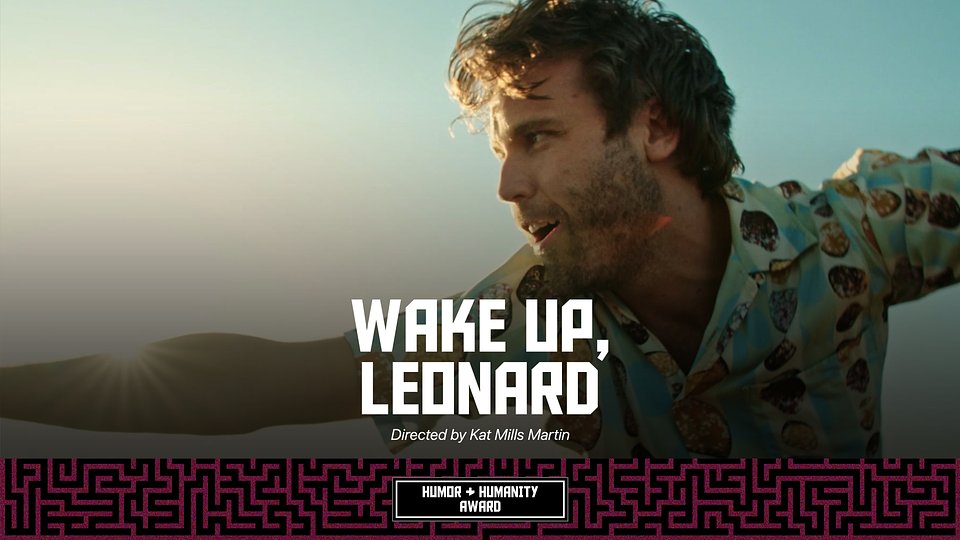 "Wake Up, Leonard," Directed by Kat Mills Martin (USA)
"Wake Up, Leonard" is a feel-good movie about feeling bad...and failing to "stay on the vibe." It's the painfully funny story of a broken-hearted seeker's quest for wellness. An improvised feature shot mid-pandemic, "Leonard" explores mental health, queer love, self-acceptance, and whether it really is a wonderful life? 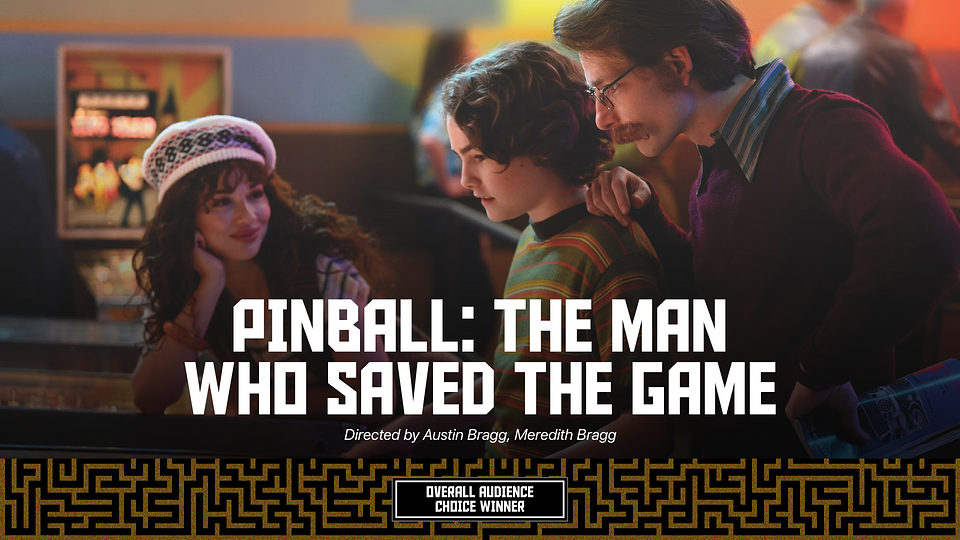 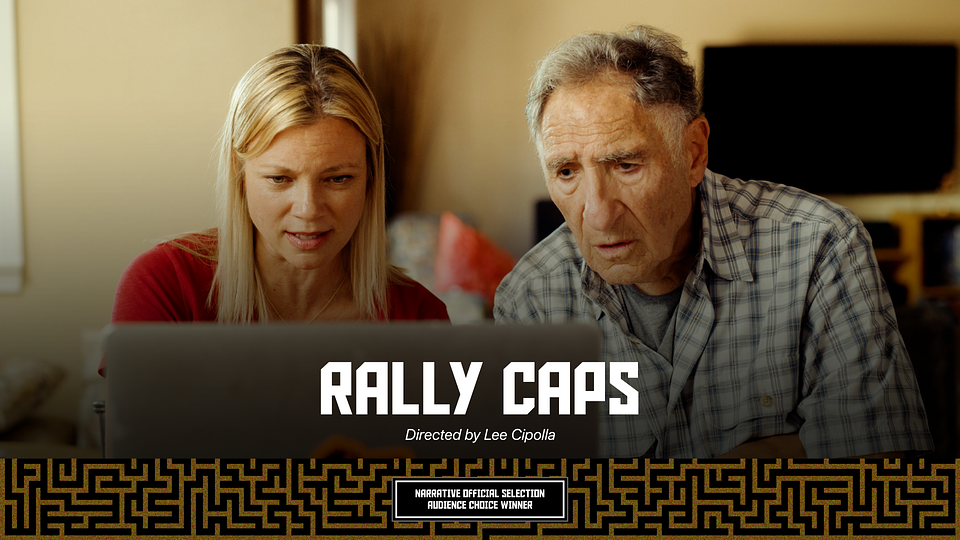 "Rally Caps," Directed by Lee Cipolla (USA) World Premiere
A young baseball player has his dreams of pitching for a Little League travel team derailed by a devastating injury on the field. After a long recovery process, he goes off to summer camp with his older brother where he befriends a deaf catcher and his sister. Based on their own experiences of living with a disability, they help him overcome his anxiety and fear of returning to the mound. 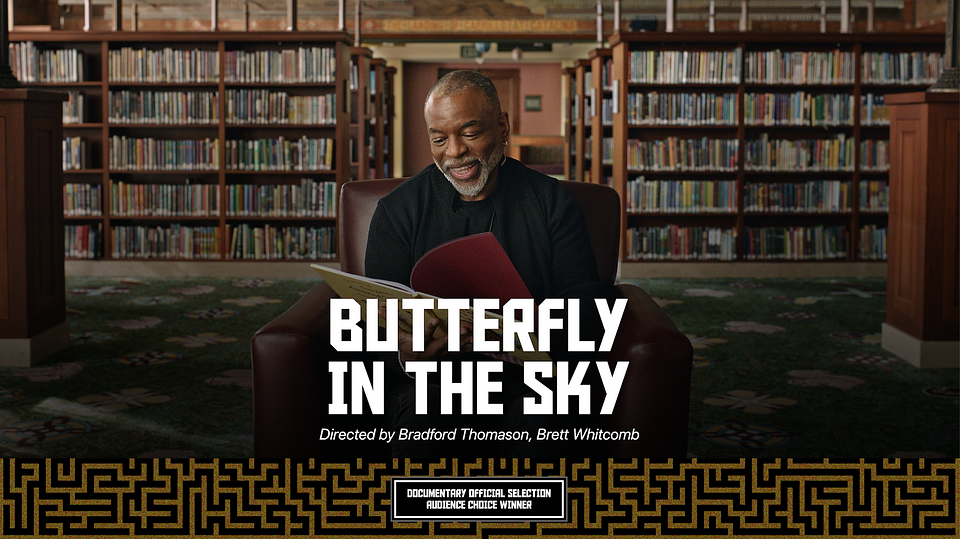 "Butterfly in the Sky," Directed by Bradford Thomason and Brett Whitcomb (USA)
Butterfly in the Sky tells the story of the beloved PBS children's series "Reading Rainbow," its iconic host LeVar Burton, and the challenges its creators faced in cultivating a love of reading through television. 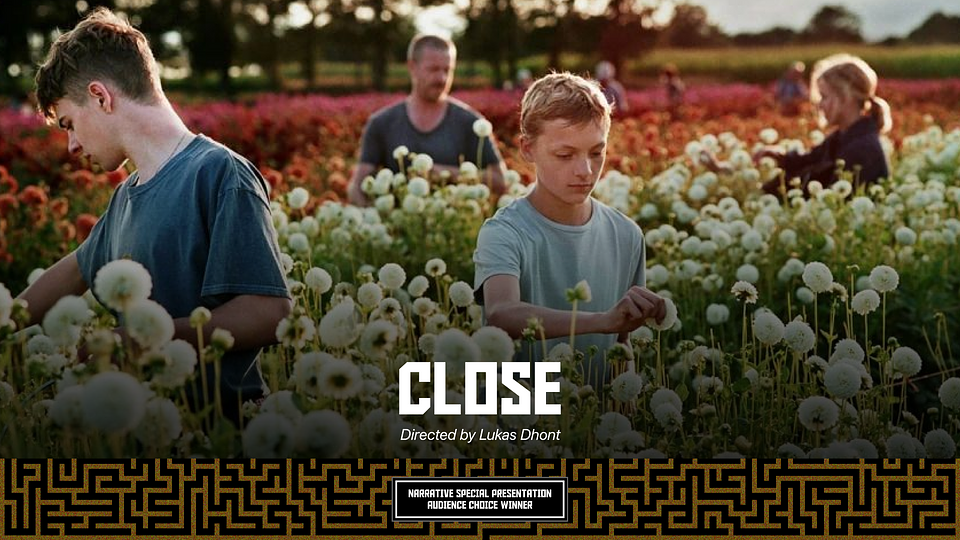 "Close," Directed by Lukas Dhont (Belgium, France, The Netherlands), Special Presentation of A24
Leo and Remi are two thirteen-year-old best friends, whose seemingly unbreakable bond is suddenly, tragically torn apart. Winner of the Grand Jury Prize at the Cannes Film Festival, Lukas Dhont's second film is an emotionally transformative and unforgettable portrait of the intersection of friendship and love, identity and independence, and heartbreak and healing. 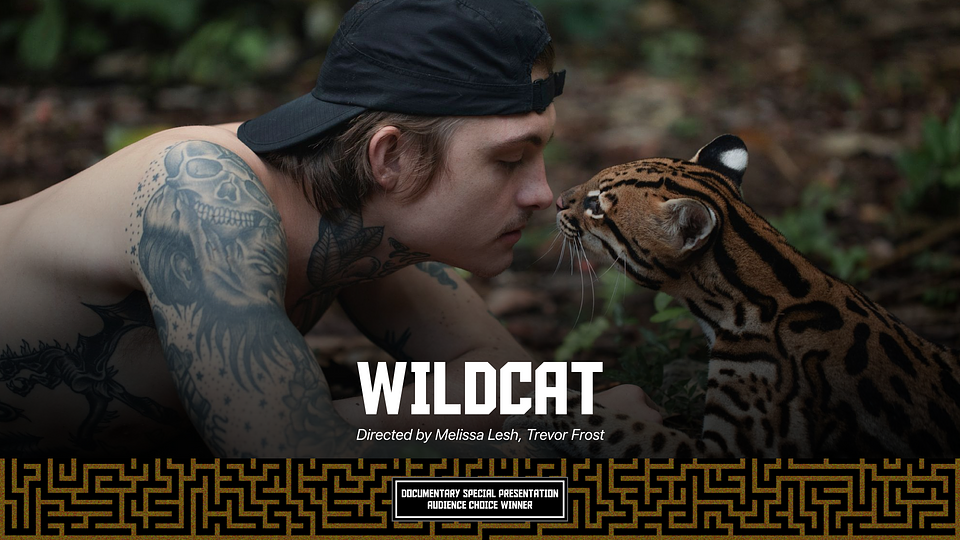 "Wildcat," Directed by Melissa Lesh and Trevor Frost (USA, Peru), Special Presentation of Amazon Studios
Back from war in Afghanistan, a young British soldier struggling with depression and PTSD finds a second chance in the Amazon rainforest when he meets an American scientist, and together they foster an orphaned baby ocelot. 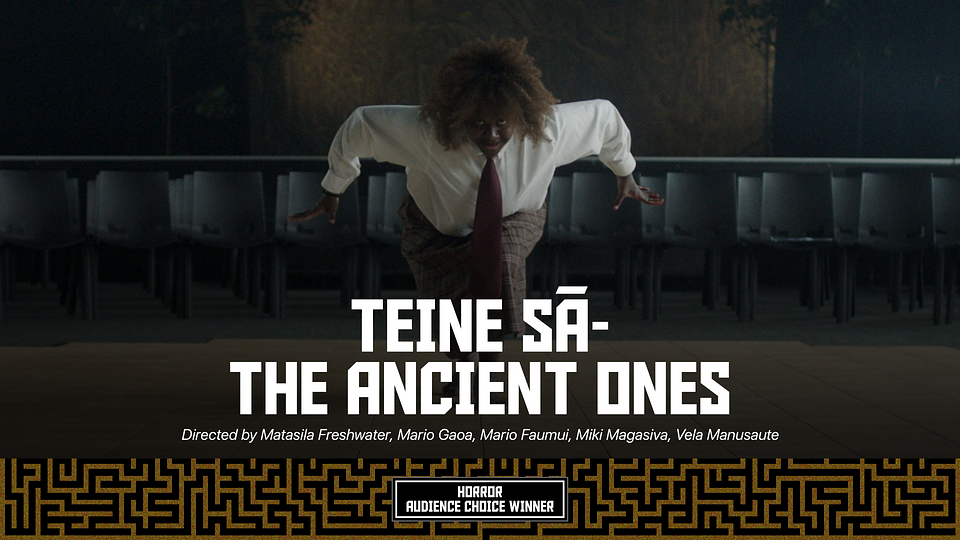 "Teine Sā- The Ancient Ones," Directed by Matasila Freshwater, Mario Gaoa, Mario Faumui, Miki Magasiva and Vela Manusaute (New Zealand)
After centuries of slumber, the 'Teine Sā' --ancient spirit women of Polynesia-- have been evoked to come into the world once again. Set in the modern day Pacific, ordinary women have encounters with these ancient spirit women who help them in their struggles and leave lessons in their wake. 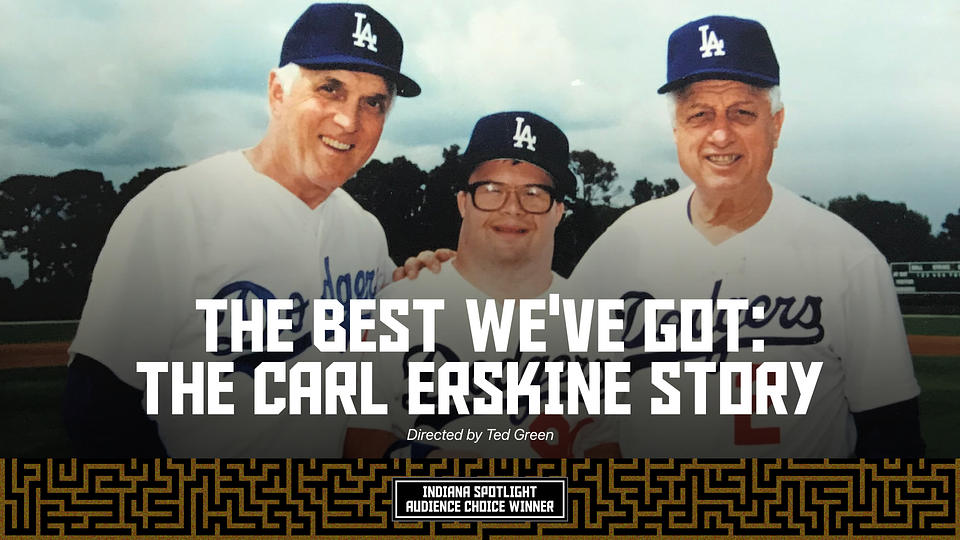 "The Best We've Got: The Carl Erskine Story," Directed by Ted Green (USA)
The last man standing of the Brooklyn Dodgers' "Boys of Summer," Carl Erskine is also one of the great human-rights champions of our time, particularly in the areas of diversity, alongside Jackie Robinson, and inclusion. "He is living a perfect game," broadcaster Vin Scully said. This film shows how. 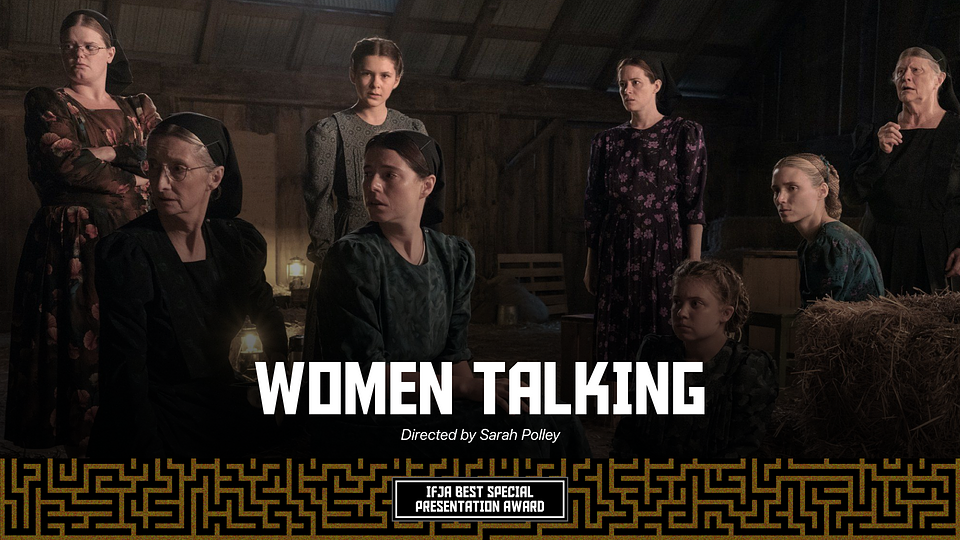 "Women Talking," Directed by Sarah Polley (USA), Special Presentation of United Artists Releasing
Best special presentation feature film, chosen by Indiana Film Journalists Association members.
Based on the best-selling novel by Miriam Toews, "Women Talking" follows a group of women in an isolated religious colony as they struggle to reconcile their faith with a series of sexual assaults committed by the colony's men. 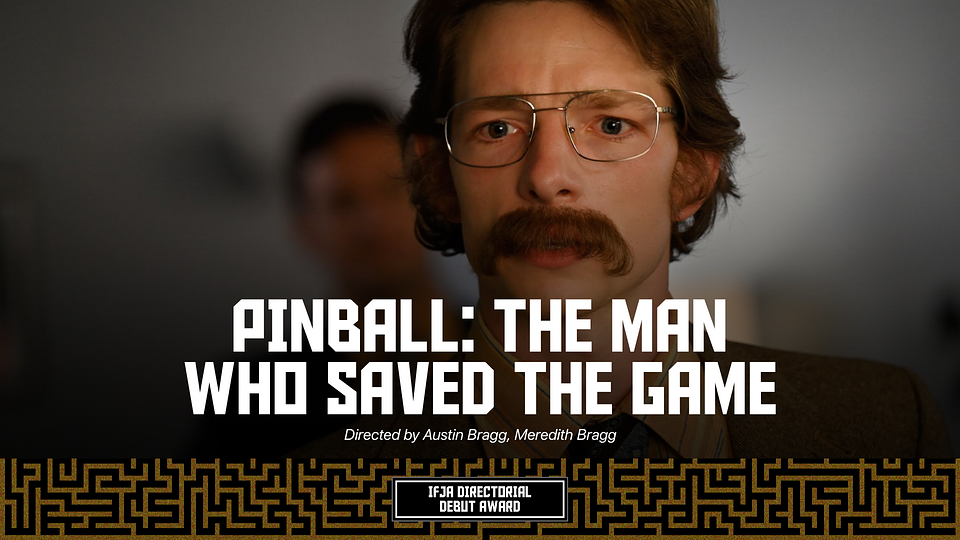