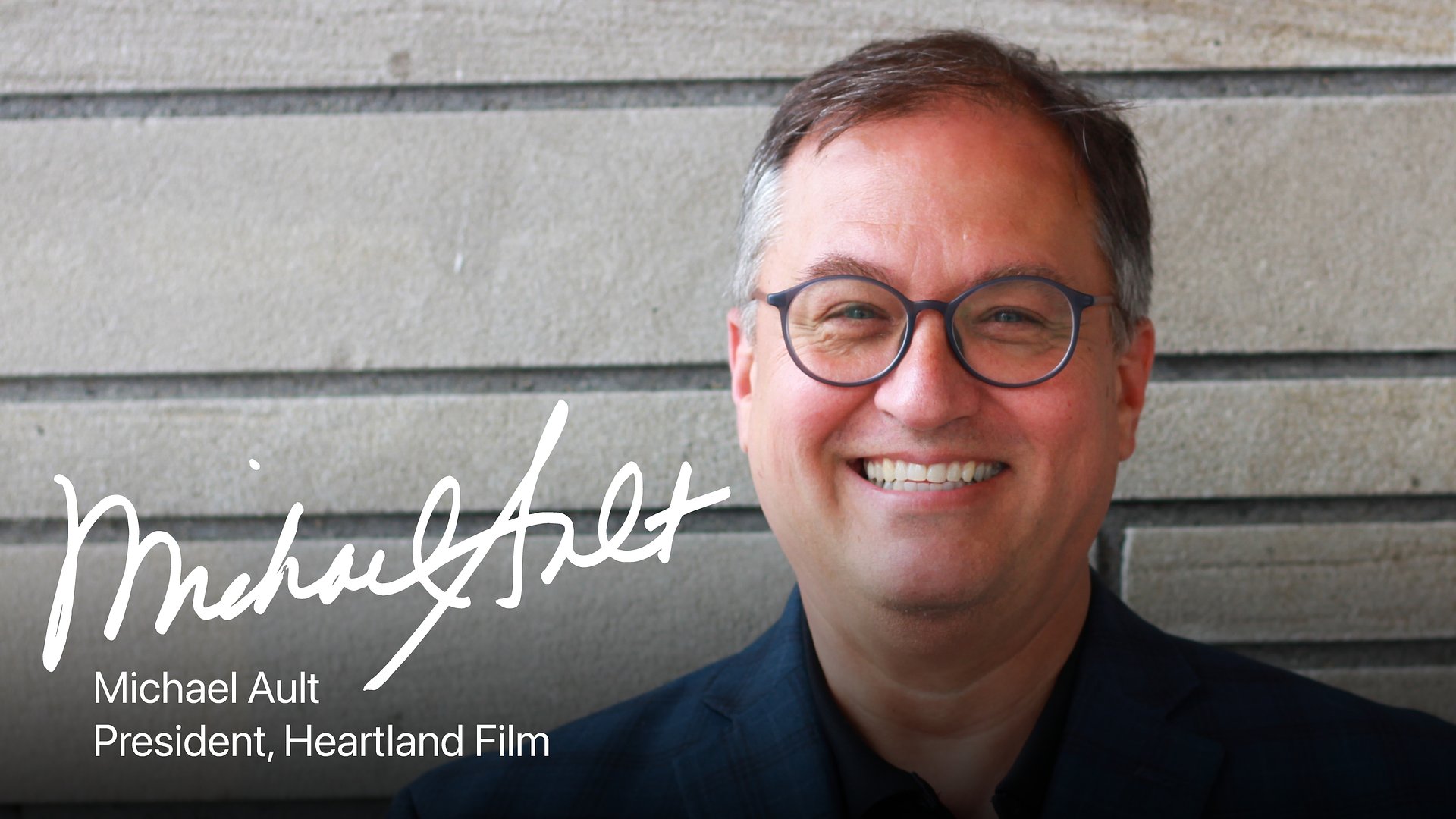 Media Contact: Jessica Chapman
jchapman@heartlandfilm.org | 317.750.3902
Non-profit arts organization Heartland Film, Inc. has announced Vice President Michael Ault as the new President of Heartland Film. Michael joined the organization in 2016 as the Vice President of Development. His effective fundraising and leadership led to his promotion to Vice President of Heartland Film in 2019.
Under Michael’s leadership, Heartland Film has received $3.5 million in grants and 6 million in overall fundraising revenue. Michael managed the first Cultural Journey India event, setting the pace for this cultural art expression of food, dance, film and music to become one of Heartland Film’s most anticipated annual events. Over the last five years, Michael has created a supportive and collaborative environment that has allowed staff, board members, sponsors, donors, and community partners to unite in their efforts to curate, promote and celebrate thoughtful and engaging films from diverse perspectives.
“Michael’s track record of success and engagement in the Indianapolis community is second to none. We are thrilled that Heartland Film will continue to reap Michael’s expertise, leadership and passion,” said Heartland Film Board Chair Betty Stilwell.
With 35 years of professional experience across the broader Indianapolis community, Michael has a long non-profit fundraiser and community relationship management history. Before his time at Heartland Film, Michael served as the director of special events and corporate relations at Methodist Health Foundation where he built community and corporate relationships and raised funds through strategic special events which included their signature “Rev” fundraising event at the Indianapolis Motor Speedway, which he created in 2013.
A graduate of Ball State University with a Certificate in Fundraising Management from IUPUI, Michael is a strong champion of non-profits in the Indianapolis area. For the last 14-years, Michael has taught a Nonprofit Volunteer and Management Class at Indiana University-Purdue University Indianapolis (IUPUI). Michael currently serves on the board for Teachers’ Treasures where he created their annual Dream Big fundraising event. He also serves on Pattern Magazine’s board and volunteers for many charitable causes.
Michael Ault–the fourth President of Heartland Film following Craig Prater who served the organization for five years–leads the organization into the 30th Anniversary of the Heartland International Film Festival, which kicked off last night, running October 7-17.
“Few film festivals make it to this remarkable milestone, and our success is a testament to our communities support of the arts,” said Heartland Film President Michael Ault. “I’m looking forward to celebrating our 30th Anniversary and leading Heartland Film into a promising future.”
Since 1992, HIFF has showcased more than 2,000 films and presented over $3.5 million in cash prizes (the most by any North American film festival). This year’s Festival will feature 143 films, including 11 World Premieres, 8 U.S. Premieres, and 14 Event titles. To meet everyone’s comfort level, indoor, outdoor, and virtual screening options will be available. More details about the 30th Heartland International Film Festival can be found at www.HeartlandFilmFestival.org.

Heartland Film is a nonprofit arts organization that runs the 11-day Heartland International Film Festival in October, the Academy Award®-qualifying Indy Shorts International Film Festival in July, the Truly Moving Picture Award and other year-round programs. Based in Indianapolis, Indiana, Heartland Film was founded in 1991 with the mission to curate, promote and celebrate thoughtful and engaging films from diverse perspectives. Over the years, Heartland Film has presented $3.5 million in cash prize – the largest total amount awarded by any film festival in North America – presented 200+ studio films with the Truly Moving Picture Award, and showcased more than 1,800 feature and short films, including seven Oscar®-winning titles. The 30th Anniversary of the Heartland International Film Festival is running October 7-17, 2021. For more information, visit www.HeartlandFilm.org.
###