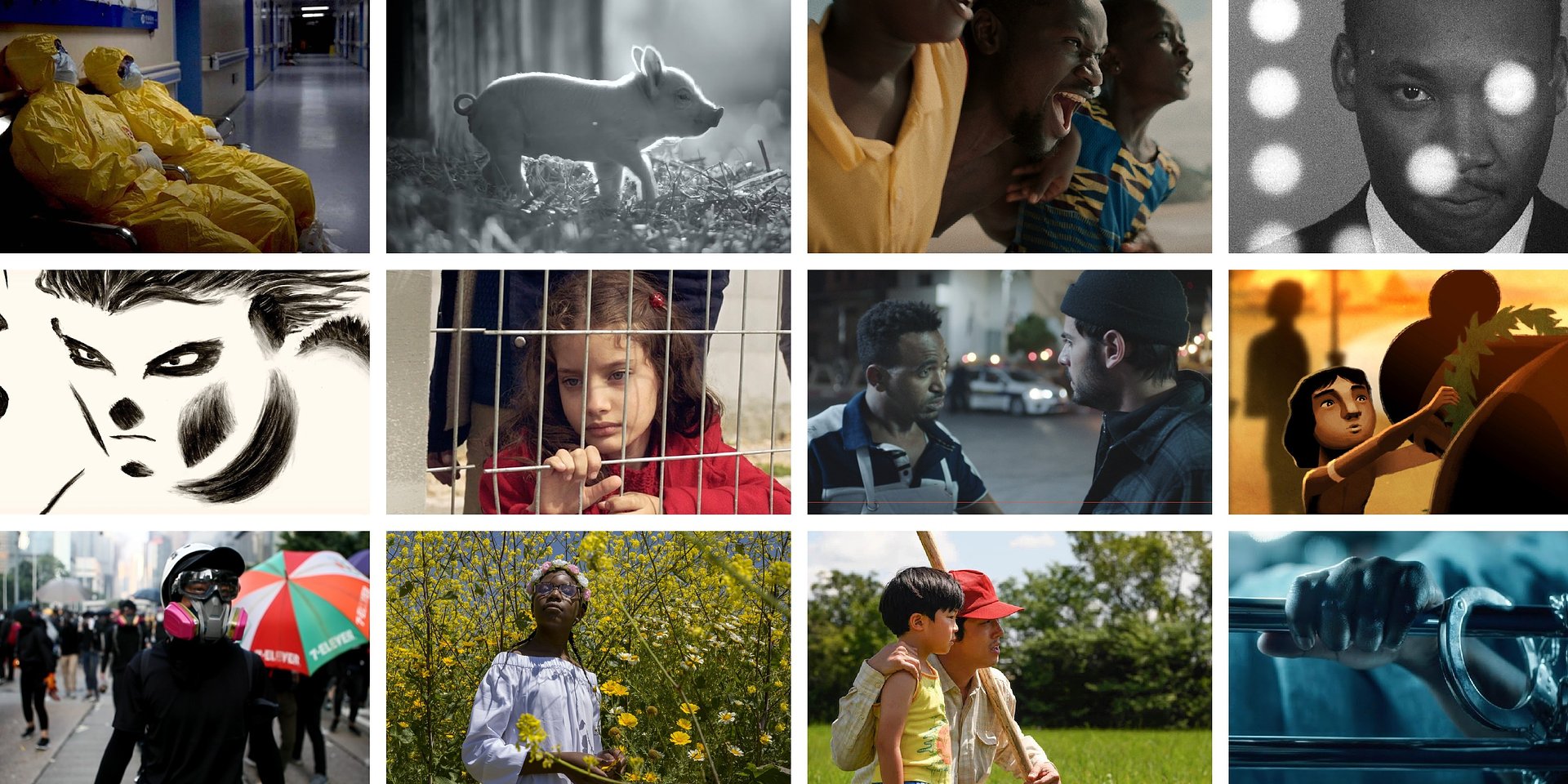 February 10, 2021
(February 10, 2021) INDIANAPOLIS – Despite the pandemic shifting their Festivals to a hybrid model of virtual and drive-in screenings, 15 films from the Heartland International Film Festival and the Indy Shorts International Film Festival have made the first round of 93rd Academy® Award Shortlists. Every year, the Academy® selects a shortlist of titles from the longlist of all submitted films in multiple categories from which nominees will be chosen. Among the 15 films from HIFF and Indy Shorts are two short films specially qualified as grand prize winners at Indy Shorts (“Da Yie” and “Traces”) and the documentary feature “76 Days,” which was acquired by MTV Documentary Films at HIFF last October.

“Heartland Film continues to show the international film industry that Academy®-quality films come through Indianapolis and that the Heartland International Film Festival and Indy Shorts are coveted award season stops. This is a record number of selected films recognized by the Academy® at this stage and it tells the world that if you want to see the top films of the year before anyone else, then mark your calendars for our two Festivals because our programmers have an eye for those award-winning titles,” said Heartland Film President Craig Prater.

HEARTLAND FILM HIGHLIGHTS:
The Indy Shorts International Film Festival is 1 of 34 festivals in the world to have Academy Award®-qualifying status in all 3 short subject categories. The last edition of Indy Shorts qualified shortlist titles “Da Yie” and “Traces,” the second year in a row that the festival produced two qualifying films on the shortlists (“Brotherhood” and “St. Louis Superman”).
“This is the first year Indy Shorts qualified in Animated Short category, and we are thrilled that our Festival’s Grand Prize qualifying film, ‘Traces,’ made the shortlist,” said Artistic Director Greg Sorvig. “Over the past decade, we have had 7 Academy Award®-winning shorts films and a total of 23 shorts nominated. This shortlist announcement shows that we are on track for another great year.”
The 2020 HIFF Grand Prize Winner for Documentary Feature and Richard D. Propes Social Impact Documentary Award, “76 Days,” was acquired by MTV Documentary Films HIFF last October. This raw and unprecedented documentary inside a Wuhan hospital during the initial 76 days of lockdown, has been selected for the Documentary Features shortlist.
Film submissions for both the 2021 Heartland International Film Festival (Oct. 7-17, 2021) and the Indy Shorts International Film Festival (July 20-25, 2021) are currently open on FilmFreeway.com. Indy Shorts is a qualifying festival for the Annual Academy Awards® within the Short Films Category. This means that the winners of the Grand Prize for Best Narrative, Documentary, and Animated Short Films, will qualify for consideration in the Short Films category of the Annual Academy Awards® without the standard theatrical run, provided the films otherwise comply with the Academy rules.